I’m writing this on the morning of July 2. By now, we should have been a couple of months deep into the summer movie season. I’d be lying if I told you I didn’t miss it. Facts are facts, though. We’ve got one heck of a nasty virus wreaking havoc on the country, and one of the casualties is the modern movie-going experience. At this point, the only way I’d set foot in a theater is if I could be enclosed in a human-sized hamster ball.

What is a summer movie, anyway? Well, it’s complicated.* Jaws is the first summer blockbuster, proving to studios that audiences would flock to theaters instead of camping, swimming, or melting in the heat. Arnold Schwarzenegger and Sylvester Stallone ruled summer for a while, then they were pushed aside by Will Smith. For a while there, studios couldn’t figure out how to make good summer movies at all.**

These days, a summer movie is a Marvel movie. In the past, we’ve talked about how the Marvel Cinematic Universe has earned gargantuan profits and a smattering of critical acclaim. The MCU is important. For me, the MCU has become a tradition. When The Avengers opened in 2012, my wife and I decided that our son Liam was old enough to see a movie theatrically. From there, we never missed a film.

Those movies laid the groundwork for Liam’s cinematic education. While The Dark Knight currently occupies his number one spot, and while he’s entering the world of dramas,*** the MCU was always there first. We might not be able to see a film theatrically that begins with the iconic Marvel fanfare, but we can always appreciate the MCU itself. That’s why it’s high time that Liam and I share with you our Top Five picks of the Marvel Cinematic Universe: 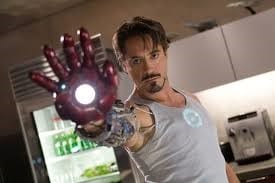 ** I direct your attention to Transformers, Battlefield Earth, The League of Extraordinary Gentlemen, and The Adventures of Pluto Nash.

*** He loved Ford v. Ferrari and was captivated by The Shawshank Redemption.

Tim Brennan
Tim has been alarmingly enthusiastic about movies ever since childhood. He grew up in Boulder and, foolishly, left Colorado to study Communications in Washington State. Making matters worse, he moved to Connecticut after meeting his too-good-for-him wife. Drawn by the Rockies and a mild climate, he triumphantly returned and settled down back in Boulder County. He's written numerous screenplays, loves hiking, and embarrassed himself in front of Samuel L. Jackson. True story.
Tagged: Movie Review