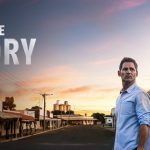 “The Dry” is streaming on Prime We all have secrets. From the smallest to the most squalid, everyone has a moment, a decision that they dearly wish the rest of the world would never discover. It’s part of being human, and the good news is that for the vast majority of us, our secrets don’t really matter all that much in the grand scheme of things. But here’s the thing about secrets — if you live in a big, bustling urban environment, you also live with a cloak of anonymity. You can be about your business with minimal worry of being discovered. Small towns, though? The kinds of... Read More 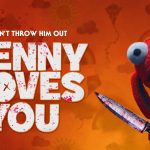 “Benny Loves You” is streaming on Prime Back in the day, the vast majority of scary cinema didn’t exactly knock themselves out in terms of a smart script, committed actors, or innovative directors. The feeling was that audiences wanted gore, gratuitous nudity, and jump scares, so why bother casting pearls before swine? You know what? I get it. During my first couple years of college, many of my friends would spend their Friday nights going to a game, checking out a party, going on a date, and in some vanishingly rare circumstances, getting schoolwork done. Baby Tim didn’t do much... Read More 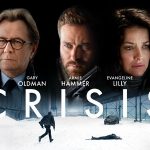 “Crisis” is streaming on Prime Years ago, I was driving to the low-pay, high-stress job I held at the time. I turned my head to check my blind spot and, being an imbecile, I somehow screwed up my back.* The pain was quite serious, so much so that I got to work, then reconsidered and went to an ER. After the ER doctor helpfully concluded that I tweaked my back, he gave me a prescription for Codeine and sent me home. I remember how it felt once the Codeine took effect. I felt like I was literally melting into my chair, and I was so relaxed that the Manson Family could have burst through... Read More 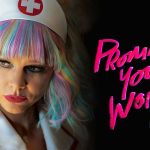 Promising Young Woman is streaming on Prime They said he came from a respectable family. Regarding his character, they said he was kind, loving, and respectful. By all accounts, he had a bright future ahead of him in the medical field, and a spot on the U.S. Olympic Swim Team beckoned. On January 17, 2015, the vast majority of people would have thought that Brock Turner was going places. A promising young man, indeed. Twenty-four hours later, he was under arrest. Not long after that, he was facing two charges of rape, two charges of felony sexual assault, and one charge of attempted rape. There... Read More 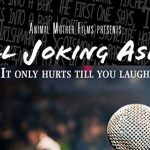 All Joking Aside is streaming on Prime When it comes to the arts, there’s nothing harder than stand-up comedy. Don’t get me wrong; to play principal cello for the Boston Pops is an undeniable achievement. To create a magnificent sculpture is a feat that most people will never accomplish. Hell, writing a novel or screenplay is still a pretty big deal, considering the legions of people who talk about it but never do it. Stand-up is different for a few reasons. First, most people aren’t consistently funny. Your mom or co-worker might drop a wicked bon mot from time to time. Doing that for a... Read More